The brothers decide to build the Ultimate Hockey Rink to keep the masses entertained. Complete with rink side food and bevies, a lawnmower-turned-ice resurfacer, and their very own trophy: the Manly Cup. 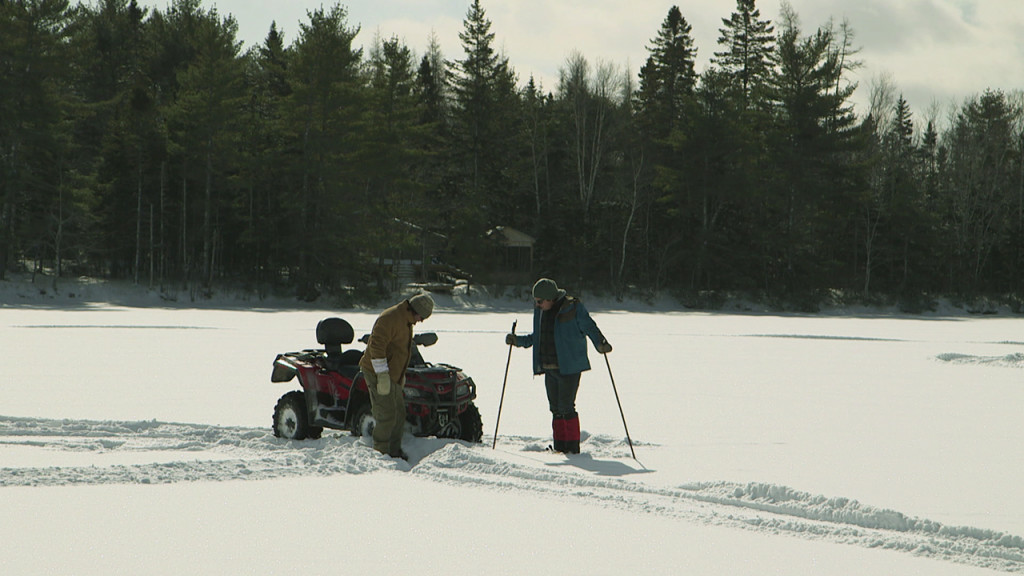 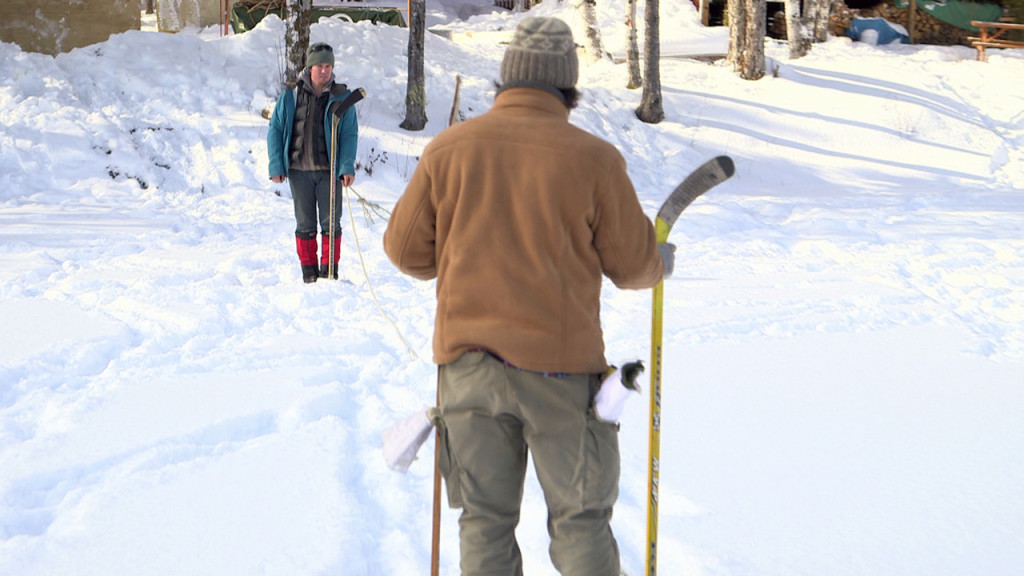 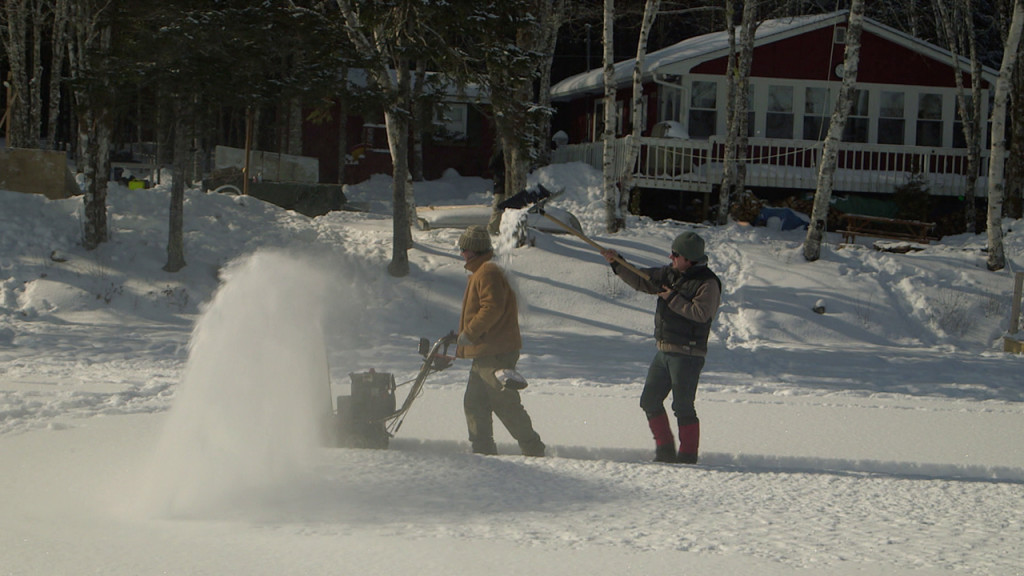 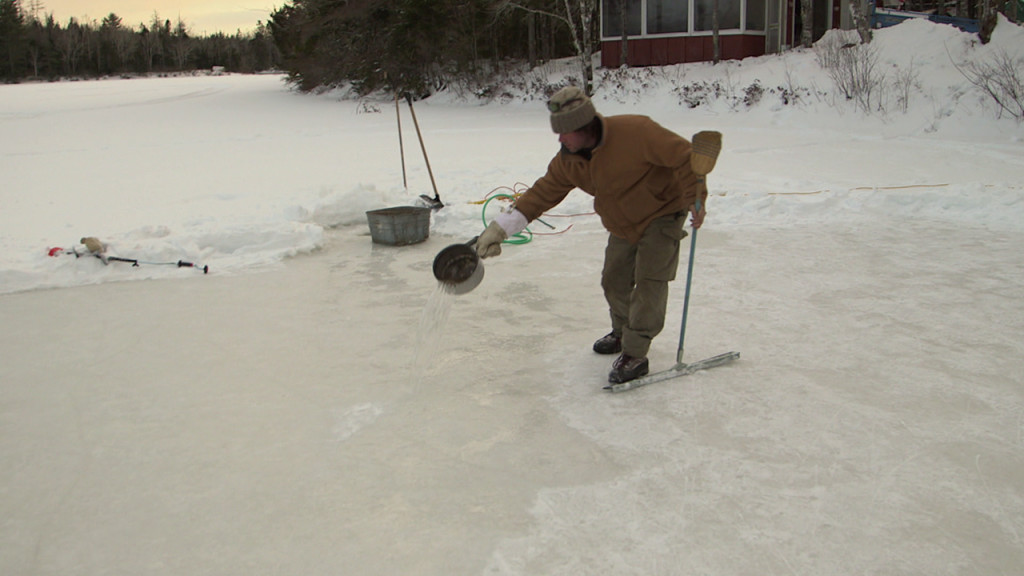 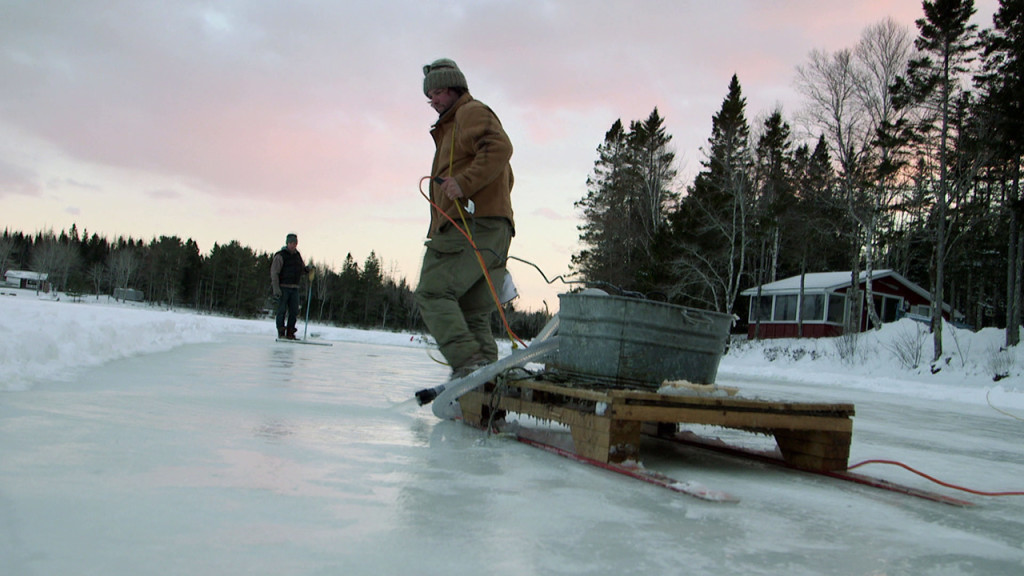 The key to any hockey rink is the ice. We’re four months into one of the coldest winters we’ve seen in a while. The lake’s frozen and, by our measurements, more than solid enough to accommodate a team of burly hockey players.

We began by measuring out a 60′ x 30′ space for our hockey rink. We wanted it small enough to create a fun, fast-paced game for our group of non-pros but large enough to still have breakaways.