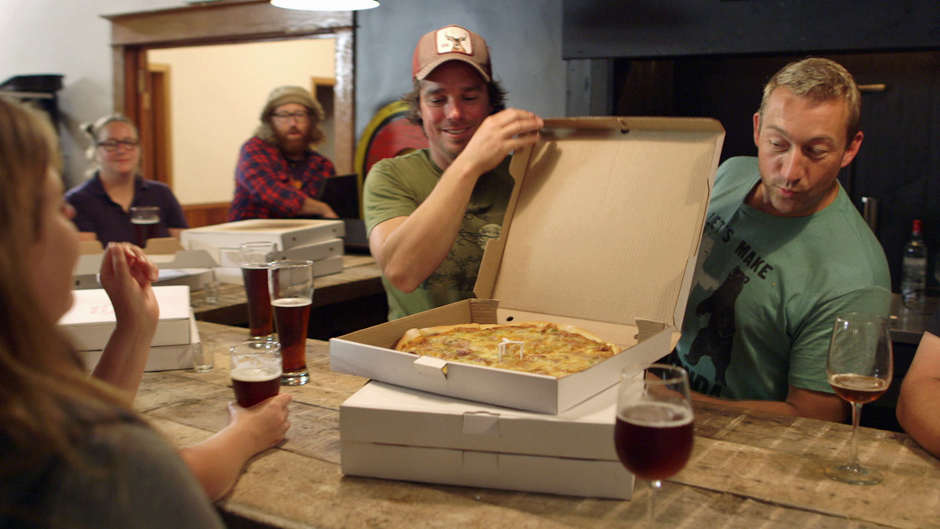 Pizza. The breakfast of champions. The belle of the food ball. The bee’s knees. Whatever you wanna call it, pizza is undoubtedly a favourite among millions, and everyone thinks they know the best pizza place in the world. Well, in the case of Pictou County, Nova Scotia we’ve got an entire population swearing by their pizza.

And it’s no ordinary pizza, either. Let’s break it down, shall we?

1. The Crust: Arguably the making or breaking of a pizza comes down to the vehicle that supports the marriage between sauce, pizza, and the toppings of your choice. Traditional Pictou County pizza boasts a thick and chewy crust that scoffs in the face of thin crust “pizzas.”

2. The Cheese: Though there is no answer out in the world about what cheese Pictou County pizza professionals use, there is one common attribute that the cheese has among all the PC pizzas; cheese – lots of it. Every picture, video, and testimonial out there depicts a pie that has been practically paved with cheese like cement on a road. 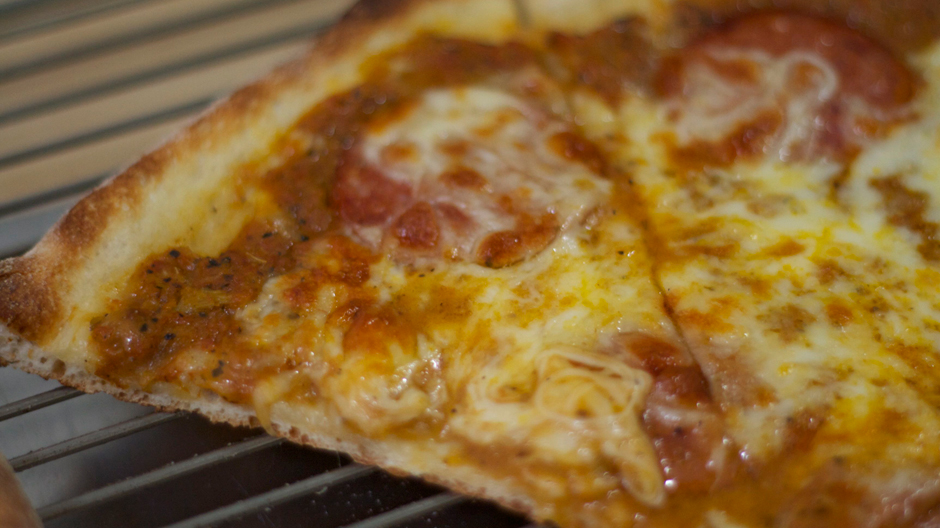 3. The Toppings: Though some like mushrooms, others bacon, and some just a good old slice of cheese pizza, Pictou residents will all agree that there is only one topping option and that is pepperoni. In this case, Brothers pepperoni (seriously, these people know what they like, and you can’t mess with that). According to tradition, one must slather a layer under the cheese so consistent that “no cheese comes near the dough.”

4. The Sauce: Brown sauce. Made of a mix of vegetables and herbs, this sauce is not your mama’s marinara. It’s someone’s papas’s sauce. His name is George Kouyas and it’s he (along with brother Jim) that you can thank for the brown sauce that is the stuff of legend across the world (or at least Nova Scotia). 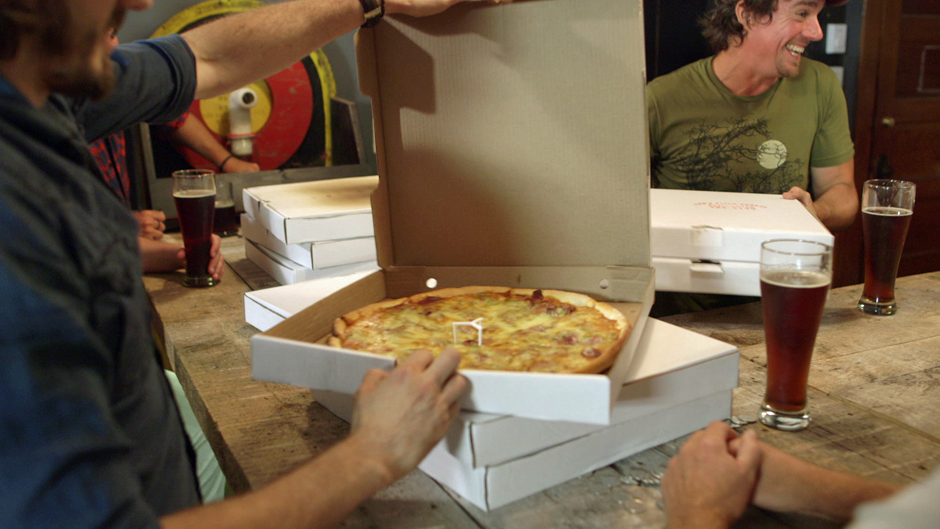 5. Bonus: The Dip: If you’re not from the area, you might not know what Donair sauce is, but don’t tell anyone that, you might get laughed at. And don’t, by any means, coat your pizza in this sauce. A true PC resident knows to dip, not spread. This sauce is the cherry on top of the pizza pie and its recipe, like the brown sauce, is kept as a well-guarded secret.

Well, if you didn’t know, now you know.

And if you’re dying to know what this pizza tastes like, fear not. UPS ships the pies from Acropole, one of the many well-known pizza establishments in Pictou County.

And if you want to know just how serious Pictou Couty people are about their pizza, just check out this song by Tripp & Giver. It’s pretty cheesy:

I am a Pictou County Girl from a way back. I have been unable to get my pizza fix since 81. I live in Vancouver BC since 81. I wish I could get the brown sauce and Brother's peperoni out here. I remember years ago I managed to get a jar of sauce, and some lengths of peperoni and a ball of dough so I could make "A" pizza when I got home. Well I put it in my carry on. I watched as the dough swelled to open my carry on. I was afraid it was going to take over the plane like "The Blob"!!! I had enough dough to make 5 pizzas when I got home!!!!

If you are visiting Pictou County, make sure your first taste of our Pizza is Acropole (Arguably the best). Although there is a shop called 'Pictou County Pizza', it's not the namesake for our famous pizza. Acropole, Sam's, etc have all contributed to make our pizza well known.

@CourtneyRoss as have Ted's André's, Cross Roads Country Market, and many more. Pictou County Pizza is Many Many more than just one location. LOL

@JasonFerguson I am not disregarding those locations, that's why I wrote 'etc.' I just said Acropole is arguably the best. My point is the location called 'Pictou County Pizza' is not the namesake for the famous pizza, it's a misleading name for a pizza shop. And if you read my entire comment I DID say that MANY locations contribute to the Pictou County Pizza fame. Next time you comment don't be so ignorant, LOL.

there are more places to get pictou county Pizza than Pictou County Pizza. LikE Sam's in Trenton and Stellarton and Acropole in New Glasgow, Westville and Pictou.

All of those places are in Pictou County

@TaraNCromwell LOL ... I think the "Pictou County Pizza" she referred to was the shop by that name. Took me a second too.

Where in PC is it located?

Thank You. I will give it a try.

I was born and raised in Pictou County. I remember the old Greek guy who started the recipe, it used to be hotter (spicier) back then, the crust was a bit different, but today's version is still close. I left Pictou County when I finished high school in '86 and every time I return for a visit I MUST have PC pizza. I will state that I classified PC pizza as the best there ever  was.....until I lived in Toronto and experienced real Italian pizza in little Italy. After that PC pizza ranked number 2 on my list. I still love it and it's a piece of home to me.

No Sam,it was Jim and George at SAMs in stellarton,I grew up in sam's in stellarton in the 70's and slung pizza on Thursday,Friday,and sat nite .best dam pie anywhere .andres Acropolis Alice's and Abercrombie pizza now pc pizza and teds all run by various family members related to Jim and George for years but not so much anymore!

I live in Pictou County. Yes it's the best pizza! The sauce is what makes it so different, and the pepperoni that's made in Nova Scotia. Nowhere else I have ever been has pizza like Pictou County, and it's what we look forward to coming home to when away from home :)